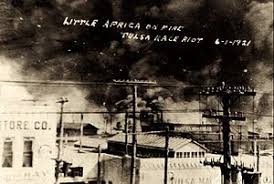 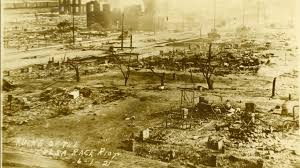 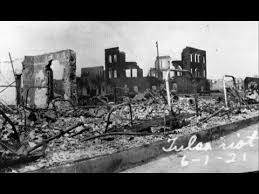 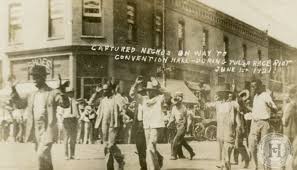 Use this guide to discover the resources available through the TCC Library about the Tulsa Race Massacre of 1921 (formerly known as the Tulsa Race Riot of 1921).  You will also find links to resources from other libraries, historical societies, museums, and from around the internet. 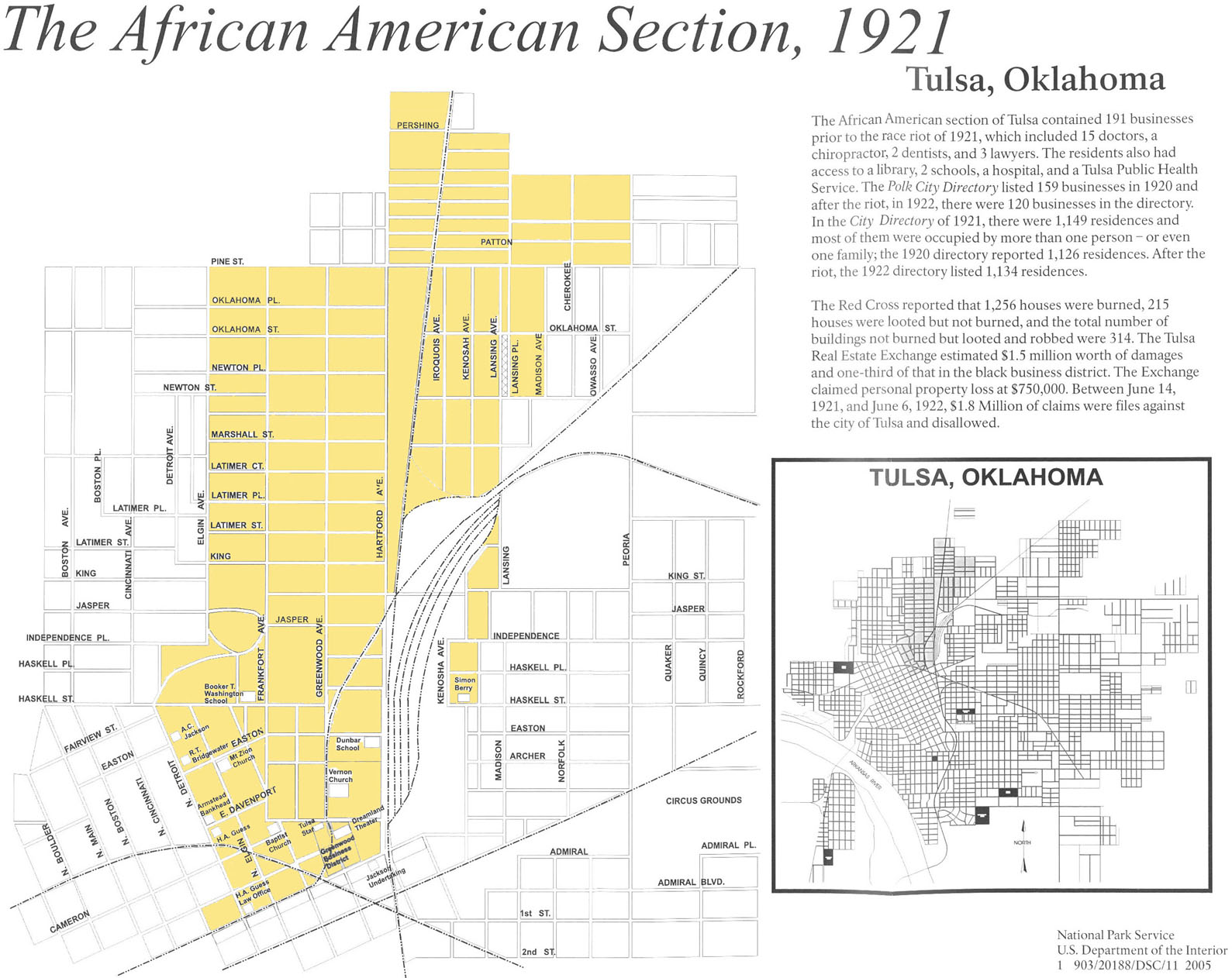 The Greenwood District of Tulsa. Photo courtesy of the U.S. National Park Service.

The African American section of Tulsa contained 191 businesses prior to the race massacre of 1921, which included 15 doctors, a chiropractor, 2 dentists, and 3 lawyers. The residents also had access to a library, 2 schools, a hospital, and Tulsa Public Health Service.

The Red Cross reported that 1, 256 houses were burned, 215 houses were looted but not burned, and the total number of buildings not burned but looted and robbed were 314.  The Tulsa Real Estate Exchange estimated $1.5 million worth of damages and one-third of that in the black business district.  The Exchange claimed personal property loss at $750, 000 between June 14, 1921 and June 6, 1922. $1.8 Million of claims were flied against the City of Tulsa and disallowed.

Please click on the image to go to the report 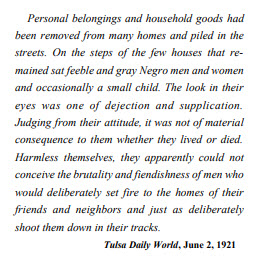