3.5.1 How Are You Doing? Using Reflection to Measure Success 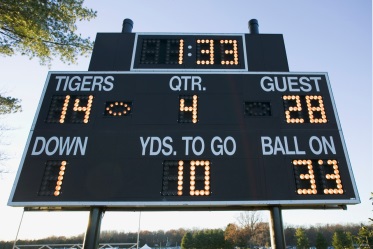 How Are You Doing? Using Reflection to Measure Success

Rarely do students take time in their busy schedules to reflect on recent performances on exams, writing assignments, or study habits.  As Barry Zimmerman notes in his article “Becoming a Self-Regulated Learner,” self-reflection is just as important as planning and performing; all three carry equal weight in the learning process.  Reflection isn’t a quick read through a professor’s comments on a graded essay or a fast skimming of a recent exam to see how many questions were missed.  Reflection is deep awareness, attending to details and subtle points that can change the outcome of an essay or a test.

For example, Joanna anxiously awaits her Composition I professor to return the argumentative essays, but when she receives her paper, the red “C” glares back at her, and she slides down in her seat, hiding the paper in humiliation.  She thought she’d done so much better on this assignment.

When she arrives home, Joanna reads through the professor’s marks and comments, amazed at her discovery. The remarks the professor made about her argument, evidence, and paragraph structure were mostly comments of praise, but Joanna struggles with comma usage in writing assignments.  The most common error she makes is the comma splice, which is two complete sentences separated by only a comma and no conjunction (such as and, or, so, for, but).  Sentence fragments are the second serious problem in her writing, often just a simple punctuation error as well, adding a period in a string of words where a simple comma is needed instead: Students despised on-demand writing in classes, such as the short-answer or essay questions on exams. When Joanna carefully looks at the red marks and the points she lost for each one, she is shocked to see she lost a full letter-grade on her essay just for these two mistakes that she made over and over again.

Now that Joanna has closely examined her professor’s feedback, she recognizes that if she learned the corrections for comma splices and fragments, her “C” paper would become a “B” paper with just these two pieces of knowledge.

Reflection on feedback from a professor involves close reading and analysis to uncover the problems followed by an action plan to correct the problems before the next assignment.  Dale Carnegie expresses it perfectly when he argues, “The successful man will profit from his mistakes and try again in a different way.”  A low grade on an essay in the beginning of the semester provides students with an opportunity to find mistakes and do whatever it takes to correct them for future assignments, a skill used constantly by strong students who want to master new techniques and strategies in college.

Read all instructions for the exercise thoroughly.

3.5.3 EXERCISE: Self Assessment: Are you studying?

Read all instructions for the exercise thoroughly.